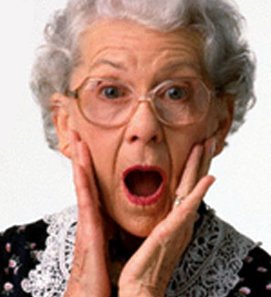 We’ve reached an important crossroads in the way our society operates and the jury’s out as to whether we and our leaders are going to have the courage to choose a better society, or be buried under the dung heap of false indignation that current political correctness thrives on.

It seems all of a sudden we’re not allowed to offend anybody, and even if we’ve always held a particular opinion, if someone now finds it offensive, we’re in trouble. The god of tolerance has decreed that if anyone doesn’t like what another person says or believes, then if they feel discriminated against, legal action is a serious option. This new political correctness has caused many to run scared; This week we saw English advertisers refuse to screen ads encouraging people to pray because it may offend some people. A university in Canada banned a yoga class because people may be offended. A couple of months ago television stations in Sydney refused to air ads commending the ‘no’ case for same sex marriage for no stated reason but presumably because they didn’t want to offend someone. At around the same time the Catholic Archbishop of Tasmania was threatened with a court case in the Anti-Discrimination Commission because people were offended by a letter he wrote to the parents of Catholic school children entitled ‘Don’t mess with marriage’. We need to decide what kind of society we want.

It seems, a good and healthy commitment to end discrimination has over time, become the political football every lobby group (including Christians) use to achieve their agenda.
To play the victim, to claim offence at the opinion of another, is an easy thing to do, and if you shout loudly enough you can get your way and maybe even get some cash out of the person who disagrees with you.

If our lawmakers and our journalists encourage such childishness we will end up with a society that is not allowed to even promote accepted societal norms, (like in the case of the catholic pamphlet) but we will be forced to toe the politically correct line, and the media could tell us who’s likely to be offended this week and we could make sure we don’t talk about that issue, lest someone get upset.

Of course there is another option; we grow up, we develop a slightly thicker skin and agree to disagree on certain issues. We respect other people’s opinions and be prepared to debate issues speaking the truth in love. We refuse to attack people by claiming offense, but we address their position position, graciously, even when it does offend us.

Is it possible to have a society where people debate the issue rather than attack the person?Where people are free to express an opinion without being vilified or being charged with the vilification of others? It is possible people could be mature enough to debate the issues rather than use underhanded tactics to push their agenda?

Only the future will tell us what kind of society we end up with. But as Christians called to be salt and light to our world, we can model graciousness in the face of offense while all the while calling people to consider the issue at hand rather than attacking the person.

“A brother offended is harder to be won than a strong city, And contentions are like the bars of a citadel.” (Proverbs 18’19)