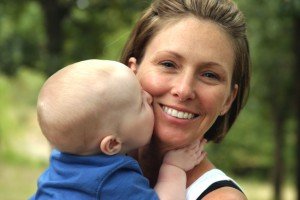 The Single’s Houseparty was a revealing weekend, and it has confirmed my impression that a Single’s Ministry is essential for a church in the 21st Century.  But there are problems with the name “Singles”, apart from the emotional content, the word doesn’t quite cover some people.  The term currently preferred in social science circles is “unpartnered”.  The term certainly includes a large range of situations but it isn’t as positive as I would like.

“Unpartnered” is defined as anyone who is not living with a partner or spouse.  This includes people who live alone, those living with parents or group household, single parents, divorced, separated, widowed, or just living separately from a spouse.

In Australia 51% of adults are unpartnered, and 16% families are single parent families.  When all these unpartnered people look at the church from outside they see it is full of quaintly married folk, and it looks very irrelevant.  Married couples and happy families is no longer the norm, because even those who are partnered think of themselves as single.

The Situation in Katoomba

Compared to Australia, Katoomba has a much higher unpartnered population. 65% of adults don’t live with a partnered, 25% families are single parent families and both have risen much faster than other parts of Australia.

So what does this mean for St. Hilda’s?  To be relevant to our community we need to be visibly including the unpartnered.  We need to recognise that it’s the norm to be unpartnered and structure our events and public face accordingly.

The topics talked about during the singles houseparty were

Folk at the weekend had various suggestions which will be considered in more depth, and some made personal commitments to an action.  I have achieved a lot more clarity about the importance of ministry both by the unpartnered and for the unpartnered, and I will be asking the Discipleship Ministry Team to look at these issues.