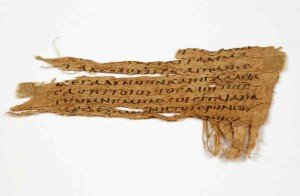 Last week I visited the School of Ancient languages at Macquarie Uni, it was a heady time and I met some fascinating people. One guy mentioned how, for the fun of it, he’d spent a summer holiday studying Arcadian (an ancient language). Another guy who was a specialist in mediaeval latin, got very excited about some Anglo-Saxon glosses he’d come across from time to time in the latin he was reading. I didn’t know what he was talking about, but he was really into it.

On a different tack we’ve seen this week all the excitement about photos of the mountains of Pluto and it is a stunning achievement to discover such things. But both experiences got me thinking about the enormous amount of effort and energy that people put into discovering new things. And whether it be dead languages or dead planets, as useful as such things may be, and I’m not disparaging such efforts, for me there is a greater study.

I’m not sure what use someone has once they’re across Latin or Arcadian, but I guess there must be some advantage to it.
But for me, if God has indeed revealed himself to our world in Jesus, and in fact revealed himself with an invite to get to know him better, then that is something worth exploring and putting significant energy into. Jesus spoke of a kingdom we are invited to turn and belong to, a kingdom that would take us into the real purpose for which we were created; (Matthew 25:34) “Then the King will say to those on His right, ‘Come, you who are blessed of My Father, inherit the kingdom prepared for you from the foundation of the world.”

So let me encourage you to be part of a bible study group this term. If you are already part of one make it a priority to get to it. If you are not yet involved, speak to myself or Trevor Rath and we’ll plug you in. You may not end up looking at pretty pictures of ice covered mountains on a distant planet, or be able to talk a language no one’s talking these days. But you will discover more of God’s plan for your life and the wonder of a relationship with the living God.

Once that reality takes hold of your life you’ll recognise that the effort and energy you devote is worth every moment, as the apostle Paul says;

Whatever things were gain to me, those things I have counted as loss for the sake of Christ. More than that, I count all things to be loss, in view of the surpassing value of knowing Christ Jesus my Lord, for whom I have suffered the loss of all things, and count them but rubbish so that I may gain Christ,